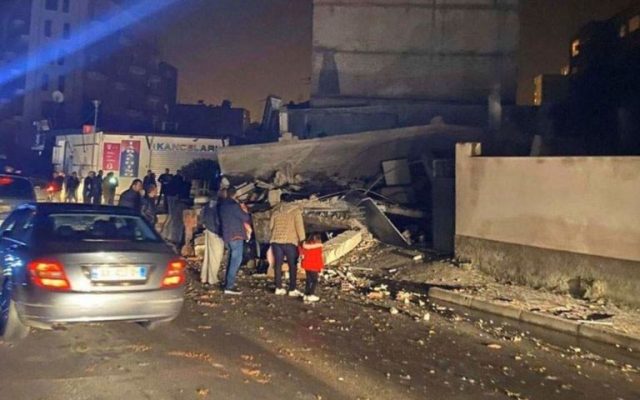 Greek Foreign Minister Nikos Dendias expressed the country’s support for Albania, after the neighboring Balkan nation was hit by a powerful earthquake in the early hours of Tuesday.

At least three people were killed and more than 150 injured in the 6.4 quake, which was centered 30 kilometers northwest of the capital, Tirana.

“We express Greece’s support to the people and government of Albania, over the effects of the earthquake that hit the neighboring country,” Dendias said in a post on Twitter.

The Albanian Defense Ministry was quoted by the Associated Press as saying that a person in Kurbin, 50 kilometers north of Tirana, died after jumping from his home to escape shaking from the quake, while another was killed when a building collapsed in the port of Durres, west of Tirana. Rescuers were working to take out other people from the building on Tuesday.

The ministry later confirmed a third death, without providing details.

At least three apartment buildings and the power distribution station were also damaged in the northern commune of Thumane, the AP reported.

Seismologists in Greece are closely monitoring activity in the area, while the National Observatory’s Geodynamic Institute reported a moderate tremor of 4 Richer in the western town of Nafpaktos shortly before 7 a.m. on Tuesday.