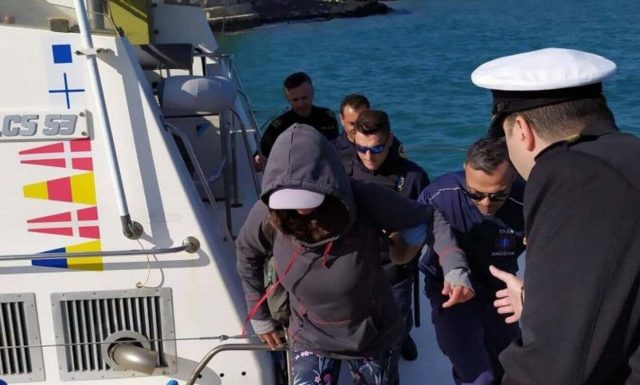 A 47-year-old woman from New Zealand who had been missing for days at sea was found in good health and taken to Heraklion, Crete by a coast guard patrol boat on Sunday afternoon.

The woman had set off in a small inflatable dinghy with no motor on Friday to buy supplies from Agkali Bay on the island of Folegandros but was swept out to sea by strong currents.

A search involving four coast guard patrol boats and land forces on the islands of Santorini, Ios, Naxos, Folegandros and Milos, as well as three private boats and a Navy helicopter had been launched as soon as her disappearance was reported on Saturday morning. Additional craft from Hania, Rethymno and Heraklion joined the massive search operation at daybreak on Sunday.

Although in good condition and able to walk without assistance upon her arrival in Heraklion, the woman was taken to the city’s Venizelion Hospital in an ambulance, in accordance with procedure, for a medical assessment and the provision of any necessary first aid.