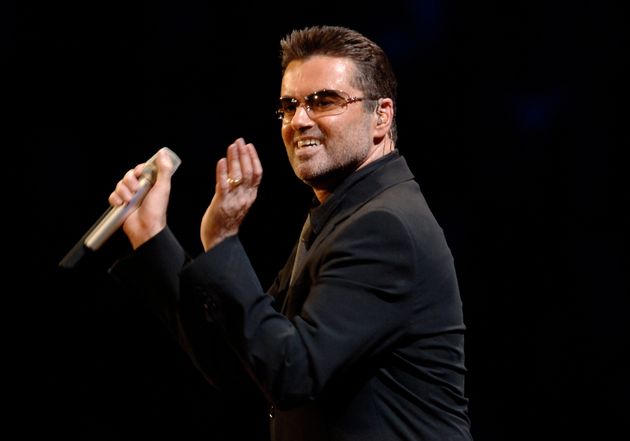 The track premiered on Radio 2 and will feature in the film based on Wham!’s Last Christmas, starring Emilia Clarke and Henry Golding.

A posthumous George Michael song has debuted on BBC Radio 2. This Is How (We Want You To Get High) is set to feature in the new film Last Christmas, based on the festive Wham! song of the same name.The track was played for the first time on Zoe Ball’s Breakfast Show on Wednesday morning, almost three years on from the singer’s death on Christmas Day 2016.

George began recording the song in early 2012, with finishing touches added in late 2015.

His record label said the track’s lyrics see him “addressing society’s ills with his trademark blend of self-deprecation and wry humour”.

George’s sisters Melanie and Yioda, his father Jack and longtime manager David Austin said: “We hope fans and lovelies everywhere rejoice in hearing this great new song written as ever with Yog’s immense passion and pride.

“This new track we proudly send as his gift to you this season to bring you all love and festive joy.”

The song, which is released today, marks the first new music from George in seven years, although a reworked version of his lesser-known track Fantasy was released in 2017.

This Is How forms part of the soundtrack to Last Christmas, which also features many of George’s other hits both as part of Wham! and as a solo artist.

It was written by Bryony Kimmings and Emma Thompson, and directed by Bridesmaids’ Paul Feig.

Emma previously revealed she’d had George’s blessing to write the screenplay to the film prior to his death on Christmas Day in 2016.

Speaking on The Tonight Show with Jimmy Fallon back in October, Emma said she had met with George to discuss getting the project off the ground.

“He was just the loveliest guy you could imagine,” she said. ”[He loved] all of these themes in the movie; he was passionate about homelessness, and he had this great social conscience.

“I wish he was here because I know he’d love it, because the film’s like being hugged.”

However, the film has been savaged by critics, being branded “brutally unfunny”, “forced” and “a beautifully wrapped Christmas gift that’s filled with rotten turkey leftovers” in the first set of reviews.

Last Christmas is released in UK cinemas on 15 November.