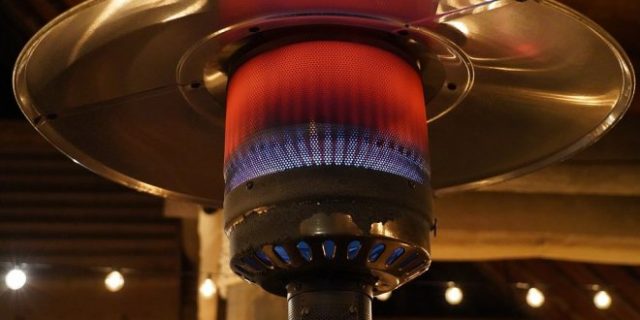 Health Minister, Vassilis Kikilias, announced that the state will subside heaters in cafeterias so that smokers will not freeze in winter when they will be forced to sit outdoors due to the smoking ban.

Speaking to Skai TV on Tuesday, Kikilias said that the formal implementation of smoking ban starts on November 19, 2019, and the fines will be heavy depending on the Law violation.

In order to silence at least a part of professionals opposing the smoking ban claiming “revenues loses” the minister announced that there will be state subsidization for heaters.

Cafeterias are so structured so that one can sit outside, he said adding that the ministry  intends to subsidize heaters so that smokers do not sit outside in the cold.

“The anti-smoking law will be implemented and everyone will be happy,” Kikilias stressed..

A Health Ministry that implements a smoking ban in order to protect people’s health will subsidize heaters for smokers?  Is this sheer hypocrisy of the worst kind? Or did he run out of money for electric blankets for the cold-sensitive knees of senior smokers?

Will he find the money by charging non-smokers?

Is state money available for heaters when doctors in Athens oncology hospital Agios Savvas and hospital cleaners across the country are been fired?

Minister Kikkilias is certainly setting wrong priorities: instead of subsidizing heaters for smokers who smoke in private places and perpetuate the long Greek tradition of state aid to private businesses, he could better do something for the sector for which he is in charge: the Public Health.

For example, he would “subsidize” the purchase of MRI and CT scanners and hire staff to operate them so that patients do not wait over a period of several weeks for a screening.

PS Heaters have been a “must” in the last decades for cafeterias and restaurants as Greeks love to sit outdoors even in winter. Are we serious?

A useful Greek expression on the occasion is: Δεν υπάρχει! Literally meaning “it doesn’t exist.” It is used to describe that something is so weird that “it can’t be real.”