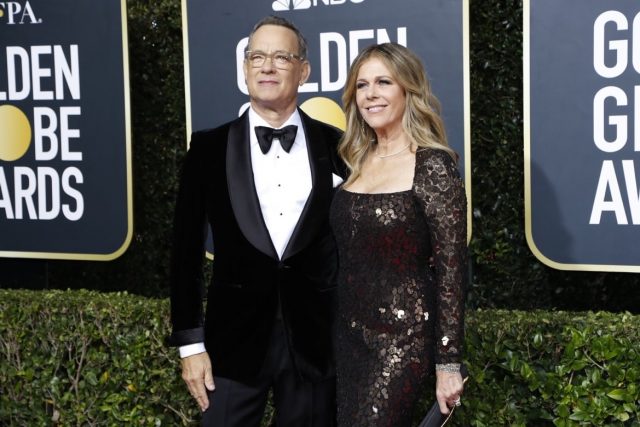 Hollywood legend Tom Hanks choked up, gesturing toward the family’s table where his children and his wife, Rita Wilson, sat proudly after Charlize Theron presented him with the 2020 Cecil B. DeMille Award.

“A man is blessed with a family sitting down front like that, a wife who is fantastic in every way, who has taught me what love is — five kids who are braver and stronger and wiser than their old man is,” Hanks said.

As much as the actor and honorary Greek citizen had people in tears during his emotional acceptance speech, he had reporters laughing when he took questions in the press room, including specific questions from Anastasios Papapostolou of the Greek Reporter who asked him about his relationship with the country he has come to consider his own.

“I’ve been Hellenic for the better part of thirty two years,” referring to how long he’s been married to his Greek American wife Rita Wilson.

He then preempted Papapostolou’s questioning and went into a humorous list of questions he, himself had about his newly received Greek citizenship.

“Do I have to serve in the army?” he asked rhetorically, answering that he had bad knees and was an old man.

“And what about taxes?” A classic Hanks response.

He then went on to share what Greece means to him, calling the country “therapeutic” and sharing his experiences about adapting to the Greek lifestyle while he’s there.

Watch Tom Hanks’ press conference, which opens with questions by Papapostolou from The Greek Reporter. 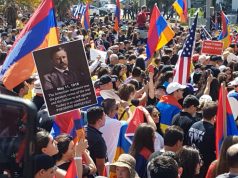