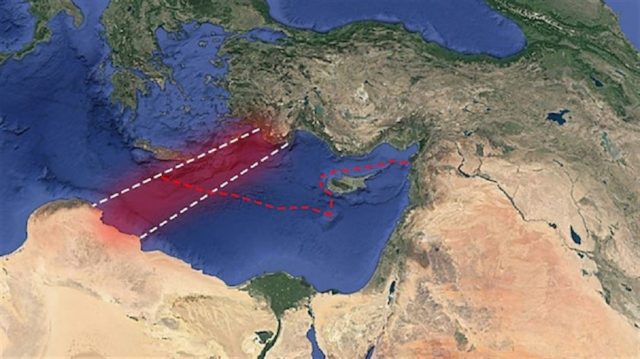 Turkey continued it’s provocative statements in an effort to revise maritime borders in the Aegean and eastern Mediterranean claiming that the Greek island of Kastellorizo cannot create maritime jurisdiction areas beyond its territorial waters.

The statement emphasized that the mere presence of Kastellorizo, across the Turkish mainland, could not have any effect on Ankara’s maritime territories in contrary to the arguments of Greece and the Greek Cypriots, which are described as “maximalist and uncompromising.”

Greece’s Foreign Minister Nikos Dendias responded on Monday morning saying that Ankara is attempting to convey the message that Greece has no continental shelf but a plethora of rulings belie these claims.

“There are dozens of decisions by jurisdictional organs that maintain the precise opposite to Turkey,” Dendias said, adding that Turkey was hiding behind the fact that it has not signed the Law of the Sea treaty and invoking “groundless things” in the context of negotiations with Greece.

Ankara maintains that the recently inked memorandum of understanding between Turkey and Libya on the maritime jurisdictions complied with the international law.

Greece, Cyprus and Egypt condemned the move. The foreign ministers of Egypt and Greece, Sameh Shoukry and Nikos Dendias, discussed the issue Sunday in Cairo.

Prime Minister Kyriakos Mitsotakis said Sunday he will ask other NATO members at the alliance’s London summit to support Greece, in the face of fellow member Turkey’s attempts to encroach on Greek sovereignty.

NATO cannot remain indifferent when one of its members “blatantly violates international law” and that a neutral approach is to the detriment of Greece, which has never sought to ratchet up tensions in the area, he said.